We are so pleased to announce that we recently named Jason Adair as Region 3 Regional Sales Manager. Jason will provide training and support to our dealers in Region 3, as well as direct factory sales and support to areas not covered by a dealer. Braun Industries’ Region 3 includes the states of California, Alaska, Hawaii, Oregon, Washington, Idaho, Montana, Nevada, Arizona, Colorado, and Utah. 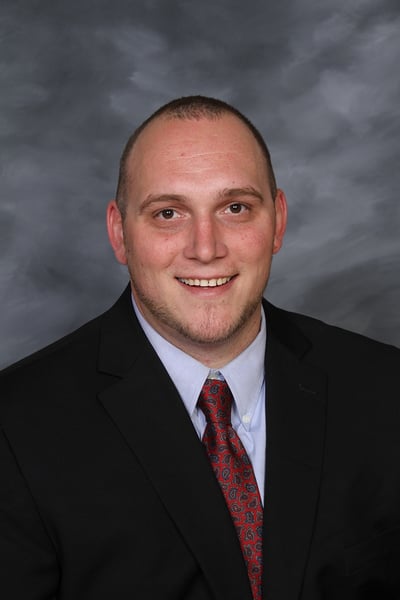 Jason joined the Braun Industries’ family in March of 2015. He was seeking a position close to home, as he lives in Van Wert, Ohio. He started as a Service/Remount Technician and then transferred to our quality department as the EHS (Environmental Health & Safety) Specialist.  He was named the Region 3 Regional Sales Manager in June 2016. To effectively serve in his new role, he has finished part 1 of the sales professional certification process and will have the remainder completed by the end of 2016.

Jason’s educational background includes an Associate’s Degree in Applied Science from the University of Northwestern Ohio. He was a scholarship athlete at UNOH, spending time on the University’s motorsports team that traveled the East Coast racing against the best competition in the US at dirt tracks. More importantly, he has also spent time in the Fire/EMS Industry. He has his Firefighter 1 and 2 certifications and was a Firefighter for Fort Leavenworth in Kansas – the same department his father once served as Fire Chief for. Growing up around the department, Jason has many fond memories and during his time as an active Firefighter, he was granted a lifesaver award along with his crew in saving a life on the post. He completed his EMT training in Virginia Beach, VA and was an EMT for a period of time. In addition, he has haz-mat awareness, operations, and technician qualifications.

The Region 3 Regional Sales Manager is responsible for assisting dealers and customers in the region with orders, questions and concerns they have regarding Braun ambulances. There are currently 2 dealers in the region, Hughes Fire Equipment and Hi-Tech Emergency Vehicles. Jason also handles direct sales for our customers in Colorado, Wyoming, and Utah.

When asked about his new position with us, Jason had the following to say, “Braun is by far the best job I have had in my life. Working at a facility where we build ambulances and knowing the importance of safety, quality and innovation that we put into these ambulances and why we do it is a wonderful feeling. The people at Braun are amazing and hardworking; they make it easy to love your job. The amount of training and time that Braun is willing to give to its employees is excellent and second to none. To have the owner of the company come out and meet everybody and work in every department at Braun just speaks volumes about Kim and the rest of the company.”