FDIC 2016: What to Expect at the Premier Fire & EMS Tradeshow of the Year

FDIC International is arguably our biggest tradeshow of the year. Since 1979, Braun Industries has been attending the world’s largest fire training-based conference and exhibition to catch up with existing customers and introduce Braun ambulances to future users. This year, the conference celebrates its 89th year and will be held April 18-23, 2016 at the Indiana Convention Center and Lucas Oil Stadium in Indianapolis, IN. Braun Industries will be at the show as an exhibitor in Booth #3665. 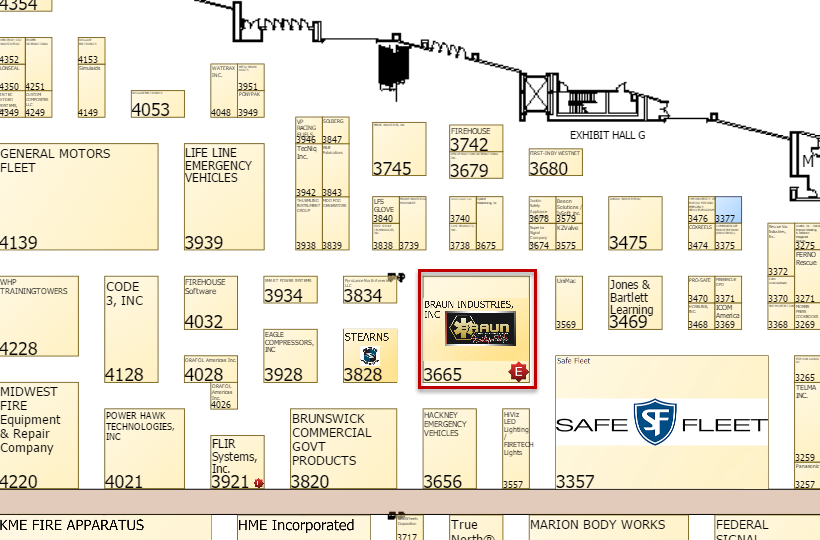 FDIC 2016 will kickoff on Monday, April 18, 2016. The first three days of the event are focused on educational opportunities such as H.O.T. Workshops and classroom sessions. The official opening ceremony will be held from 8:00 am to 10:00 am on Wednesday, April 20, 2016.

When it comes to hands on training, attendees can look forward to many exciting sessions. For those located in more rural areas, there will be a class on Farm Machinery Extrication; this session will deal with the special challenges of farm and agricultural emergencies. Nozzle Forward is another hands on opportunity that will cover fireground and drill experience. Lastly, there will be an NFPA 1403 Compliant Live Burn Training in Acquired Structures course. Students will be briefed on eight to ten live fire evolutions on a site safety plan, drill objectives, an emergency evacuation, and any relevant information regarding safety for each live fire scenario.

The planned classroom learning sessions don’t sound as thrilling as the hands on training opportunities, but they will no doubt provide valuable information.  Highlights for this year’s sessions include Successful Management of Extrications and Complex Roadway Incidents, Long-Term Injury Prevention, and Drawn by Fire: The Art of Making a Difference. Scheduled workshops include Effective Command and Operations, Human Behavior and Positive Psychology: Tools for the Firehouse, and Flawed Situational Awareness: The Stealth Killer of First Responders.

With so many first responders flocking to Indianapolis to participate in FDIC 2016, there is also a great lineup of special events planned.  Thursday, April 21, 2016 at 1:00 pm, the Firefighter Combat Challenge will be held on South Street; it will take place on Friday and Saturday as well. At 6:00 pm on Thursday, the Courage and Valor Fun Run will be held in White River State Park. The National Fallen Firefighters Foundation 9/11 Stair Climb will start at 1:30 pm on Friday, April 22, 2016 and is always a highpoint of FDIC.

Both the Lucas Oil Stadium/South Street and Indiana Convention Center will have displays as part of the exhibition portion of FDIC 2016. Braun Industries will be located in Booth #3665 inside Lucas Oil Stadium, cattycorner to Safe Fleet. Exhibit hall hours are:

We will have 3 customer ambulances on display in our booth. We are also anticipating the debut of our trial rollover crash test footage, which will be shown on large displays inside our space. Stay tuned to our blog for more details in upcoming posts and don’t forget to RSVP to our Facebook event if you’re planning to attend FDIC 2016.